It’s strange to think about a book set in 1991 as historical fiction, but it was over 20 years ago.  The World Outside by Eva Wiseman, with the setting of a Hasidic community in 1991 New York, definitely falls into that genre.  I had high hopes for this book, but unfortunately I only gave it a 2-star rating. 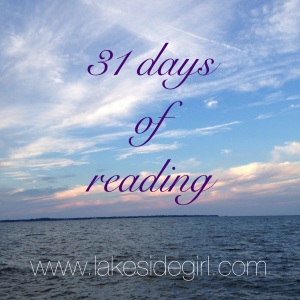 Teenager Chanie Altman is part of an ultra-conservative Jewish group living in New York in 1991.  Everyone in the community follows their rabbi with the utmost devotion, to the point of believing he is probably the messiah.  Chanie’s world is strictly controlled, but as is the case with most main characters in novels such as these, she yearns to break free from the restrictive rules.  She meets a boy, of course, who encourages her to use her never-trained yet amazing singing voice and apply to Juilliard.

The underlying conflict in this book is racial tension between the Hasidic community and African-Americans.  Chanie and her community are offensively racist, at least Chanie is until she meets and befriends an African-American girl her age, who shows her that she shouldn’t be so prejudiced.  If you can’t infer my implied eye roll at that plot point, know that I found it ridiculous.  I was intrigued to learn more about this conflict, based on real-life events, but it was so simplistically and unrealistically handled that I just couldn’t take it seriously.

The World Outside had a great starting point.  However, thanks to lazy story-telling and poor characterization, it just fell flat.  Other reviewers of this book claimed that Chanie and her group were unfairly and incorrectly portrayed.  I can’t speak to that particular claim, not being an expert in Hasidic Judaism, but overall I found the portrayal of the people and their community to be far too simplistic.  To top it off, I hated the ending.  It came out of nowhere and didn’t fit the story or the character.   The World Outside was a disappointment.

I am a bilingual children’s librarian at a medium-sized library in the Midwest. in the Children's Department of a Regional Library in the Midwest. I lived in Mexico to learn Spanish in 2013/2014. I care about a lot of things. I love. I learn. I teach. I read. I write. I knit. I travel. View all posts by lakesidegirl

Books To Treasure night is back! We celebrate kids, books, and illustration and it’s one of my favorite nights of the year. This year we honored @katherineroystudio and her lovely illustrated nonfiction title How To Be An Elephant.
Happy Election Day! I’m proud of my votes for Joy, Jena, Kendra, Madison, Melissa, and more. Also I called the Tulsa county election board to report a situation my mom and I observed that wasn’t right. @lisanelld talked to a poll worker and we were not satisfied with the response. Shoutout to @markcotner for looking up the election statute for me and advising me to call.
Summoned all my best Children’s Librarian Energy to Book Talk kids about titles they should take home to read.
The Gulf of Mexico, with oil rigs off in the distance.
Today I’m thinking about the parable of the unjust judge.
A selfie snapped in scenic Wal-Mart Neighborhood market, where I received my Moderna booster today.
I’ve had a blog since about 2007 but I haven’t written regularly for it since 2014. I’m picking it back up again for the fun of writing, mostly about books. Today I wrote about The Premonition: A Pandemic Story by Michael Lewis. It’s a book that should enrage you about what could have been and make you think about what needs to change to make a better future.