As I publish this post, it’s mid-March. The internet hasn’t been great here, so most days the thought of fighting the internet to upload pictures in order to blog is just too much. Hence, this post about February is nearly three weeks late.

February was a great month in Mexico. After months of classes and hard work, I have graduated from Spanish School. As I’ve said every month, I still have far to go in my ability to speak and understand, but after completing Level 4 I have all the tools I need become fluent. I just have to keep practicing! While I’m not fluent yet, I’m on my way and I can understand and communicate so much more than I could when I started school in September. I’m staying until the first week of April to keep practicing my Spanish (I knew back in September that I wouldn’t want to leave as soon as Spanish school was over) and to just enjoy living in Mexico for a little while longer.

In other good news, my sister returned! In the middle of February she was able to finalize all her paperwork and come back to Mexico as a temporary resident. Part of the reason I came here to Mexico was to spend time with sister, so it’s great to have her back!

This month, I successfully found someone in Cacalote who cuts hair, made an appointment for a hair cut, and asked for a specific hair cut, all in Spanish. To top it off, I also got the hair cut I asked for, which means I can speak Spanish after all! For a day or two, my hair cut was all people wanted to talk about at Spanish School—not a lot happens here, so any change is news.

I finished five books in February. This pace is still not quite where I need to be to read 100 books this year, but not being in Spanish School anymore might help me with that goal.

To celebrate my graduation from Spanish School, Emily and I went on a weekend trip to Oaxaca City, the capital of our state. It’s a beautiful city that is unfortunately only reachable by a terrible mountainous bus ride. I’m almost done with a post describing our trip—until then, enjoy these pictures from beautiful Oaxaca City. 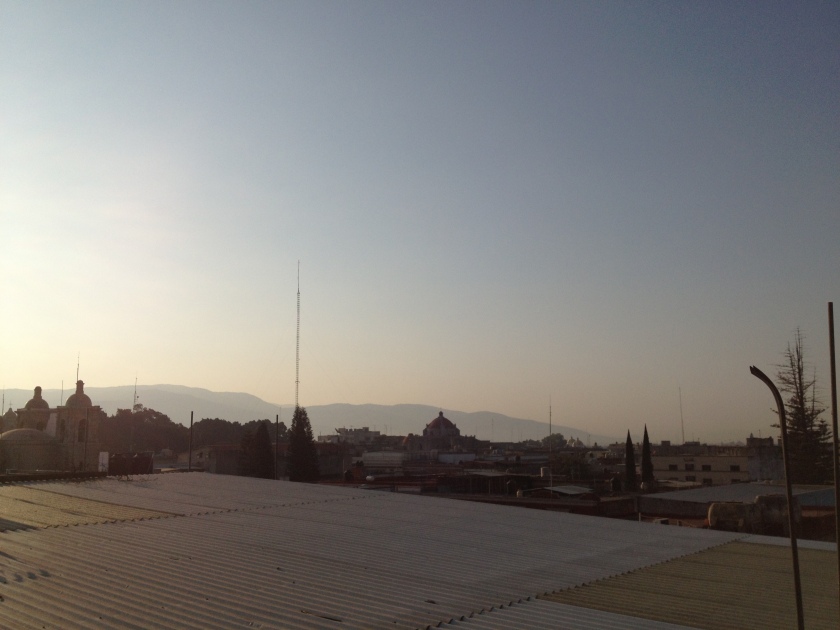 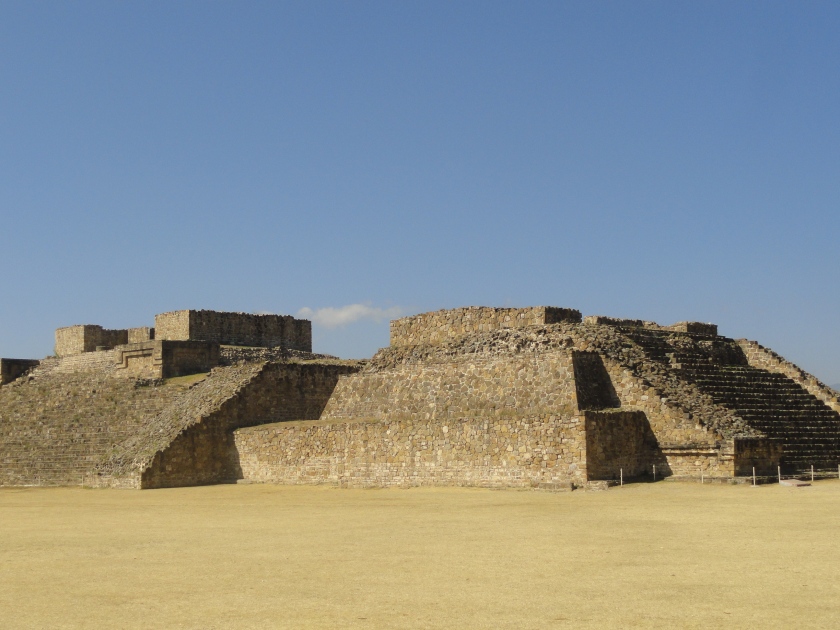 Those who know me well know how much I love the Olympics. I have watched every Olympics (Winter and Summer) religiously since the Atlanta Games in 1996. Alas, I don’t have access to satellite or cable television, the internet is slow, and even if the internet wasn’t slow NBC doesn’t allow people outside of the US watch its broadcasts online. Our weekend trip to Oaxaca, though, coincided with the last weekend of the Olympics, and our hotel had fast internet AND cable TV. We caught snippets of different events, but it was just a treat to watch some of the competitions.

It’s quite different watching on not-NBC, where they show every contestant in an event, sans effusive’ commentary and replays. One of the main events being shown was downhill skiing, where we watched many skiers slide off the track while others finished the course many seconds from the medals. As soon as one skier finished (or didn’t), the camera went straight back to the top for the next competitor. Even if there was a spectacular wipeout, we didn’t see it in an instant replay. It’s surprisingly fascinating to watch the same course being skied dozens of times.

This is a sight never seen on NBC, where the tapes of the winners and Americans are packaged for a prime-time American audience. I missed that familiar packaging and story-telling but it was entertaining to see a different side to the Olympics. I look forward to watching the Rio Olympics in 2016—but I had no idea I’d be in Mexico for Sochi, so who knows where I will be for Rio. I just hope not actually in Rio de Janiero: I learned Spanish, not Portuguese.

March will be my last month living in Mexico. I had no idea last year that this would be my life, but I’m thankful for it. I hope that after spending this extra month practicing Spanish after Spanish School, I will feel more confident in my Spanish speaking and understanding abilities. I’ve enjoyed my time here in Mexico, but as I get closer to April I’m more excited to return and see what’s next for me in Tulsa.

I work in the Children's Department of a Regional Library in the Midwest. I am a Bilingual Children's Library Associate. I lived in Mexico to learn Spanish in 2013/2014. I was an assistant teacher of preschoolers with special needs. I care about a lot of things. I am often called too confident. I love. I learn. I teach. I read. I write. I knit. I travel. View all posts by lakesidegirl