The month of March has been my opportunity to try all kinds of activities here in Mexico. I was able to go on a couple of medical outreach trips with the clinic, I helped a little in the preschool and primary school, I taught English, I read a lot, and more. It’s been my last full month here in Mexico, and it has been a good one. I’m thankful that I had the opportunity to stay past my Spanish school graduation to practice my Spanish and enjoy some more time living here in Mexico.

One of the best ways to practice my Spanish was translating for doctors on medical outreach trips. It was difficult and challenging, but very rewarding. After all, the only way to improve my ability to speak and understand Spanish is to practice (and make many, many mistakes).

On one of the trips, we needed double the translators because we went to a village where many people speak only Mixteco, an Indian language that sounds similar to Chinese and has no relation to Spanish. The patient would speak to a Mixteco to Spanish translator, then the translator would tell me in Spanish, then I would translate for the doctor. Then the doctor would have a question and we’d send the question back down the chain of translation. It’s a long process, but a fascinating one.

I learned two words in Mixteco, because I learned to recognize them in context: ña’ni meant nothing and u’u meant pain. While many people in this part of Mexico in various villages speak Mixteco, learning these two words (or any in Mixteco) is only useful for that particular village. Go to the next Mixteco village, and the dialect is a little bit (and sometimes a lot bit) different: in a different village, the word for pain is different. Language is overwhelming in its ability to change and morph in different settings, even as close as the next village over.

In addition to being able to practice Spanish and learn more about another language, I had the opportunity to see a number of interesting medical cases. I even attempted to explain genetics IN SPANISH to a young woman who had only finished middle school and whose first language was also not Spanish, because the doctor thought she might have a genetic disorder. I’m not sure how successful my explanation was, but I tried.

I finished 8 books in March, including a manuscript written by a fellow Spanish school student. It was so fun to read a book by a friend and then be able to discuss it immediately after I finished reading it. When it’s published someday soon, I will rave about it.

According to my Goodreads Challenge, I’ve read 17 books in 2014. Since I have read an unpublished book, I can’t add it to my Challenge. Hence, I’ve actually read 18 books this year.  I’m not on pace yet, but I’ve decided to stop worrying about pace and enjoy what I’m reading.

My favorite published book I read this month was the Poisonwood Bible. I remember being told long ago that it was a book that made all Christians and missionaries look terrible, and it defamed the Bible, so I shouldn’t read it. Well, none of that was true. Instead, once I actually read the book instead of believing what other people thought about it, I learned that it was a fascinating story describing the course of history in the Congo in the 60s through the eyes of a misguided missionary family. I loved this book and recommend it highly.

I have just days left in Mexico. I am sad to leave this place where I have learned so much and where I now know and love so many people. I am also excited to go home and see what will happen next. I really have no idea what I’ll be doing, because sending resumes by email from Mexico isn’t a particularly successful method of job-hunting. I’m so thankful for my time here, but I’m ready for what’s next. 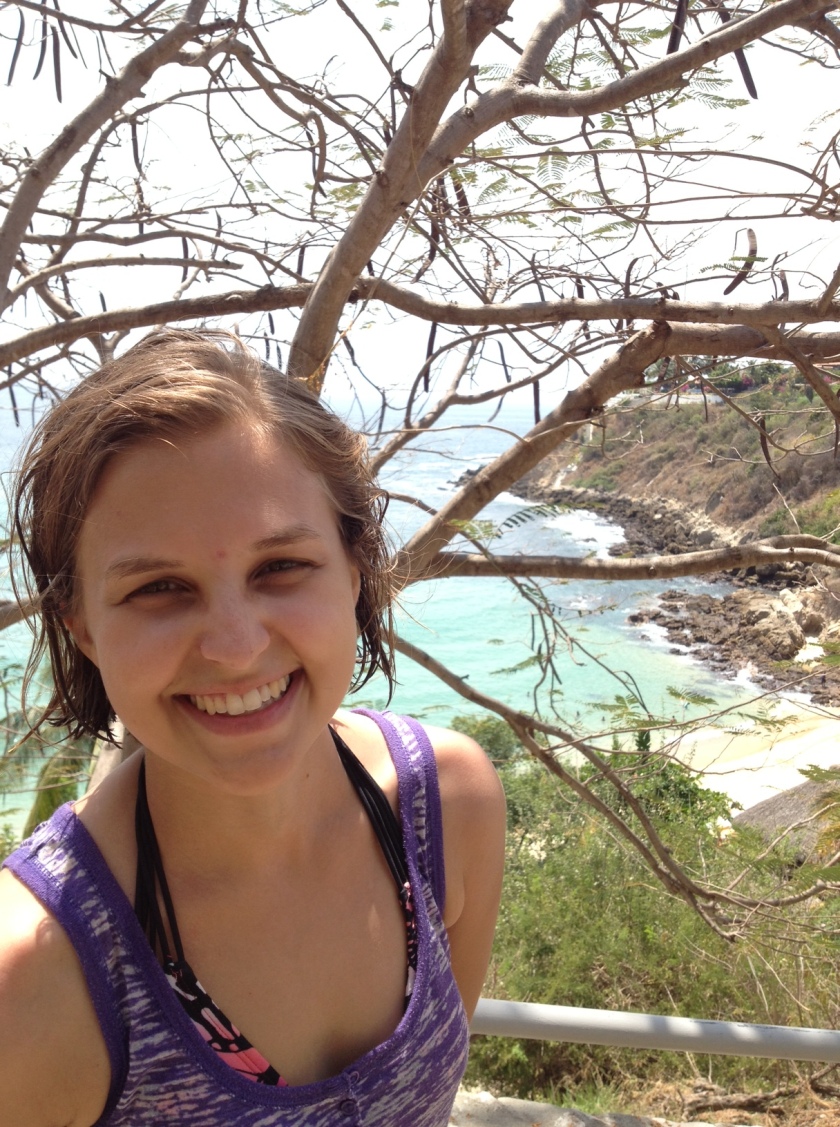 I am a bilingual children’s librarian at a medium-sized library in the Midwest. in the Children's Department of a Regional Library in the Midwest. I lived in Mexico to learn Spanish in 2013/2014. I care about a lot of things. I love. I learn. I teach. I read. I write. I knit. I travel. View all posts by lakesidegirl

Today I’m thinking about the parable of the unjust judge.
A selfie snapped in scenic Wal-Mart Neighborhood market, where I received my Moderna booster today.
I’ve had a blog since about 2007 but I haven’t written regularly for it since 2014. I’m picking it back up again for the fun of writing, mostly about books. Today I wrote about The Premonition: A Pandemic Story by Michael Lewis. It’s a book that should enrage you about what could have been and make you think about what needs to change to make a better future.
Vote yes today for Tulsa Public Schools Bond! Yes on all four propositions that support our schools, teachers, and especially students. Vote!
History is uncomfortable.
When I got an appointment for my first dose of a Covid-19 vaccine, I counted forward to see when my +2 weeks would be. If all went well, I calculated, I would be protected from this pandemic disease by my 33rd birthday. Great news: all went well! I got my first dose in Bartlesville in an abandoned department store and my second dose at Walmart. All the people involved were kind, thoughtful, and generous; the online signups were cumbersome yet eventually functional; my immune system responded like it saw a 5-alarm fire and I was pretty sick and uncomfortable for a couple days and then my body settled back down.
I got my 2nd dose of Moderna yesterday and my immune system is definitely mounting a response. I’m in that brief window of time where the Tylenol lowers my fever and I feel not terrible.